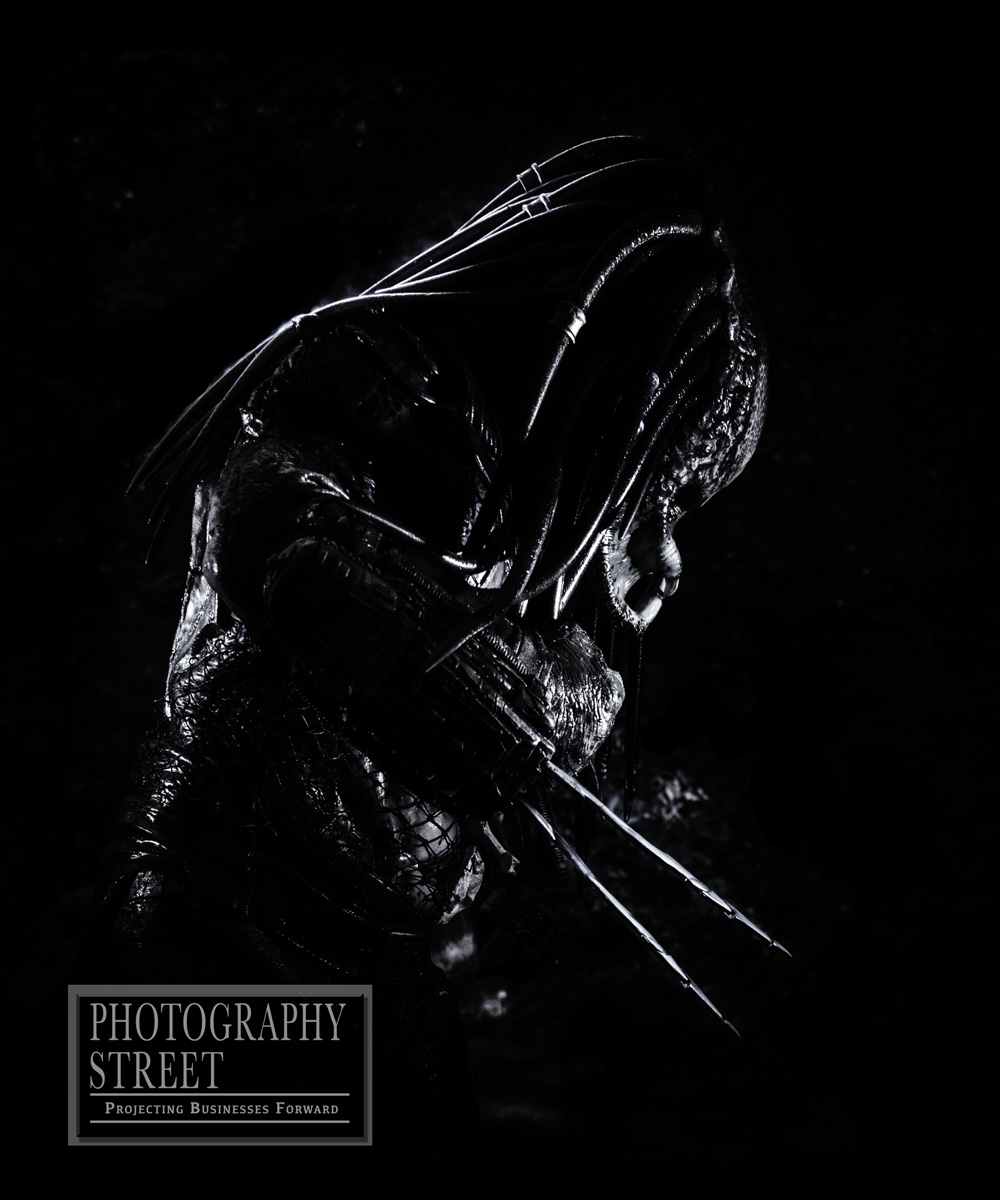 No Teddy Bears’ Picnic For Me, No Way Predator!

If you know the Predator films, you know this creature kills without blinking an eye. When I got the opportunity to hook up with this Predator, I never gave it a second’s thought of the immediate danger I could be in. I did know, however, that we were in for an exciting day together! 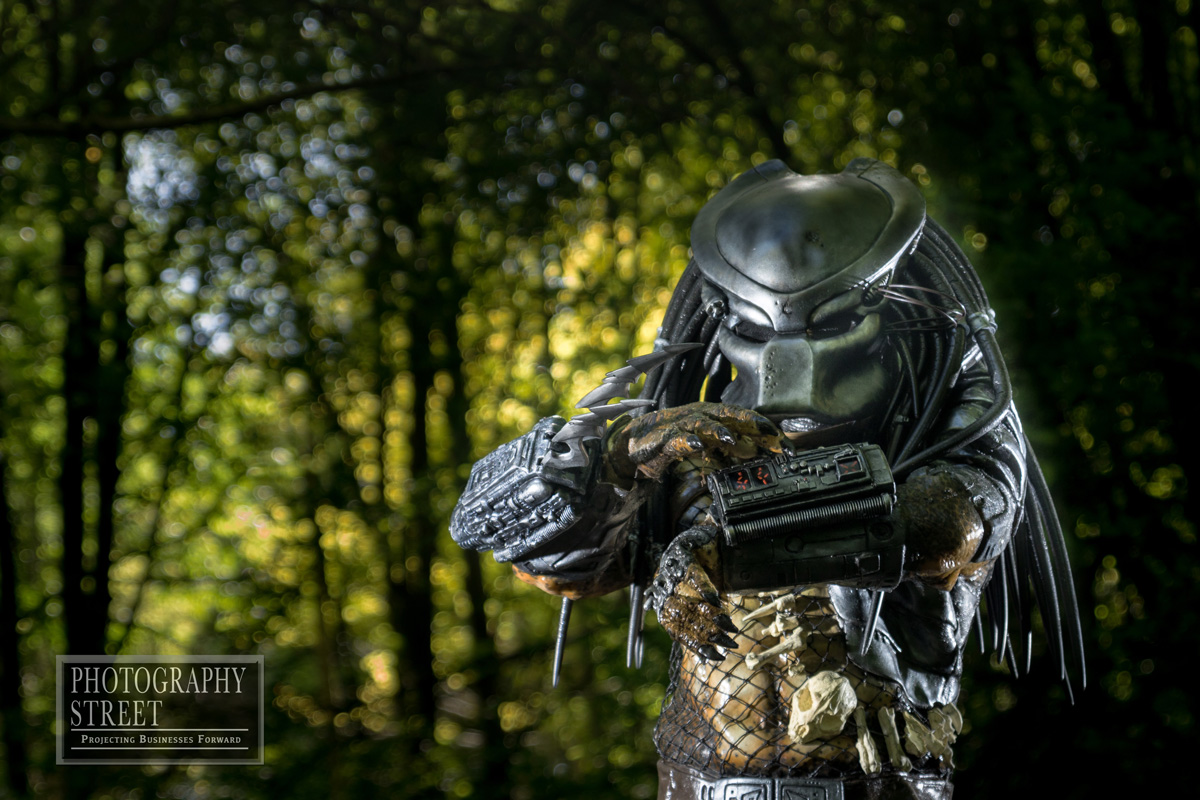 In reality, the opposite, of course, is true. Matthew Hopson was acting out the role of this alien killer and was a pleasure to work with. We were both extremely pleased with the resulting images from the shoot. We did, however, generate some attention from local dog walkers, their dogs, and a few local kids as we transformed a local woodland area into the tropical forests inhabited by the Predator in the films. I really want to know what the dogs made of him but, sadly, I am no Doctor Dolittle… 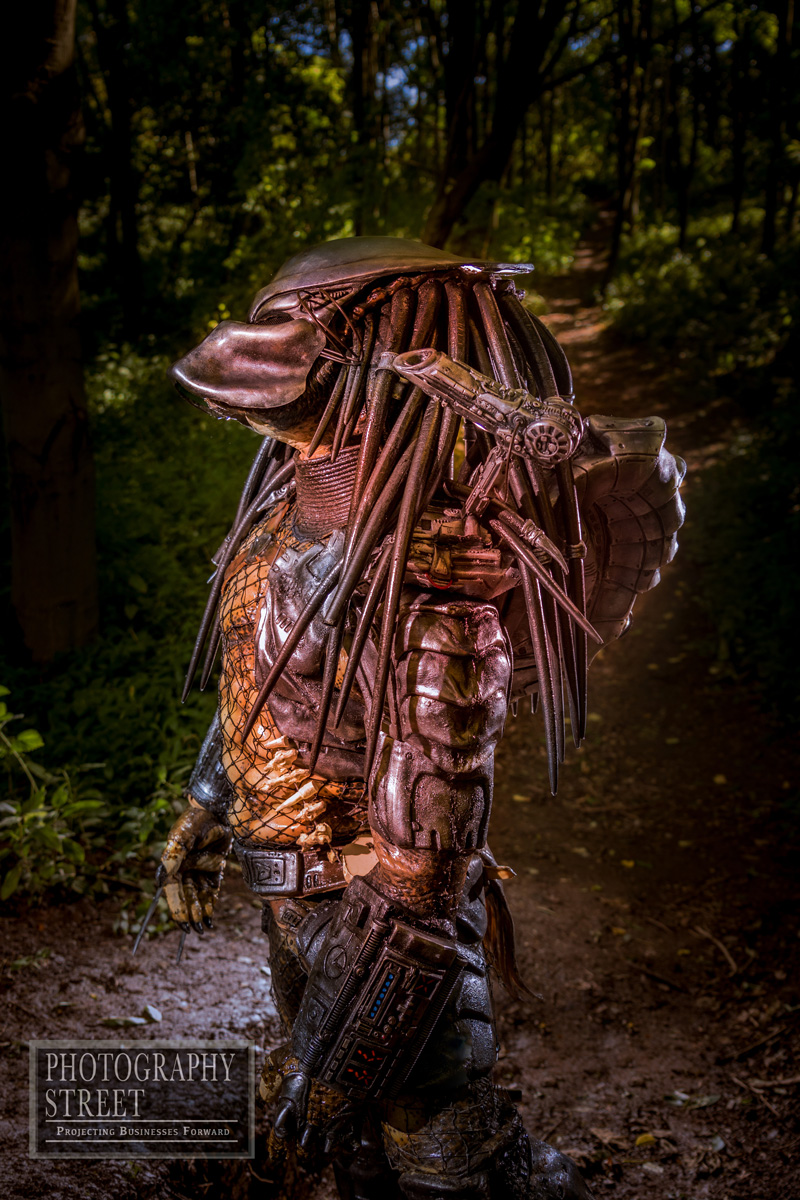 I have always thoroughly enjoyed Cosplay and my goal is to bring these characters to life in that very moment I’ve captured in the camera. It’s probably also the little boy from my childhood coming to the surface again. You might think that it’s just a case of putting a suit on but, you’d be wrong! I learnt, during this shoot, that Matthew has to work hard in that outfit to move, behave and become that creature in order to convince the observer that Predator is really there in front of them! I wouldn’t be surprised if he  loses weight wearing this outfit as he appears to lose lots of fluids! 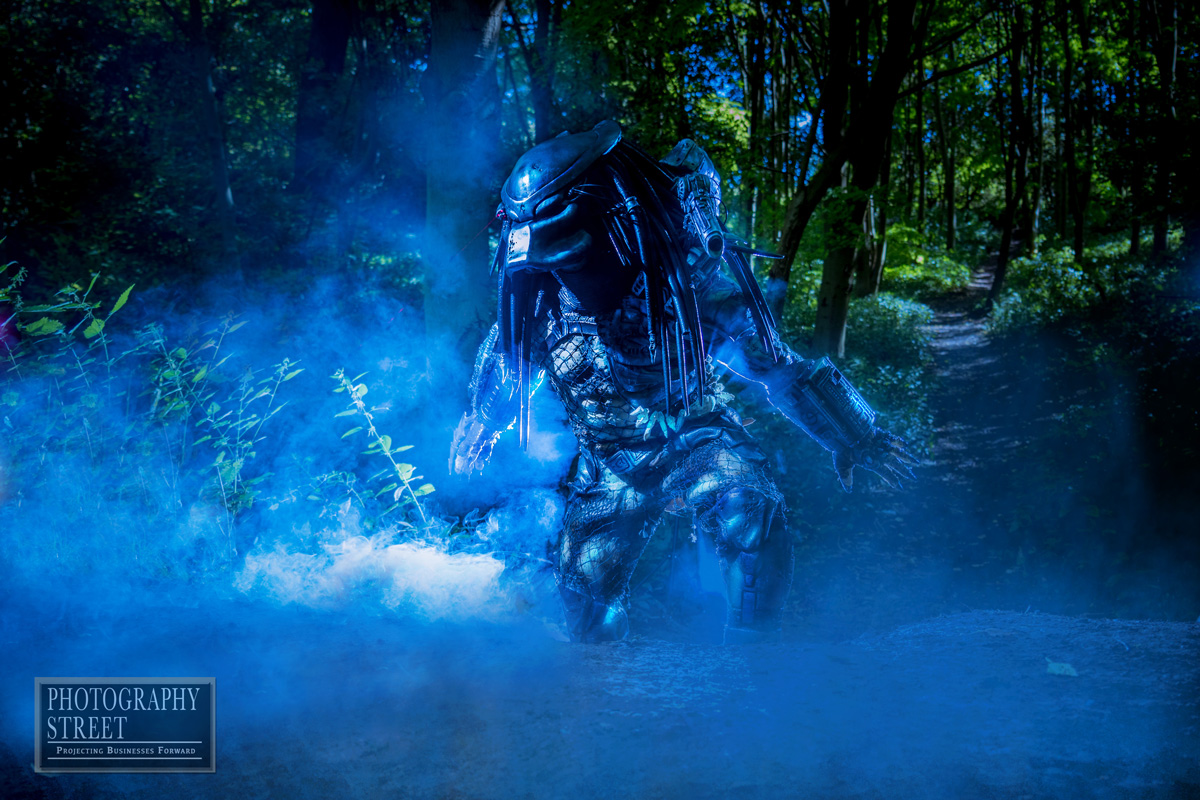 We divided our shoot into sections over approximately two hours. We incorporated portraits, action and drama as we recreated the presence of Predator! I wanted to inject a little humour also and show Predator chilling out from his killing and causing terror ways. Here he is taking some time for fun and if you’d like to see the whole shoot including Predator making camp, just follow this link to the Predator Gallery. 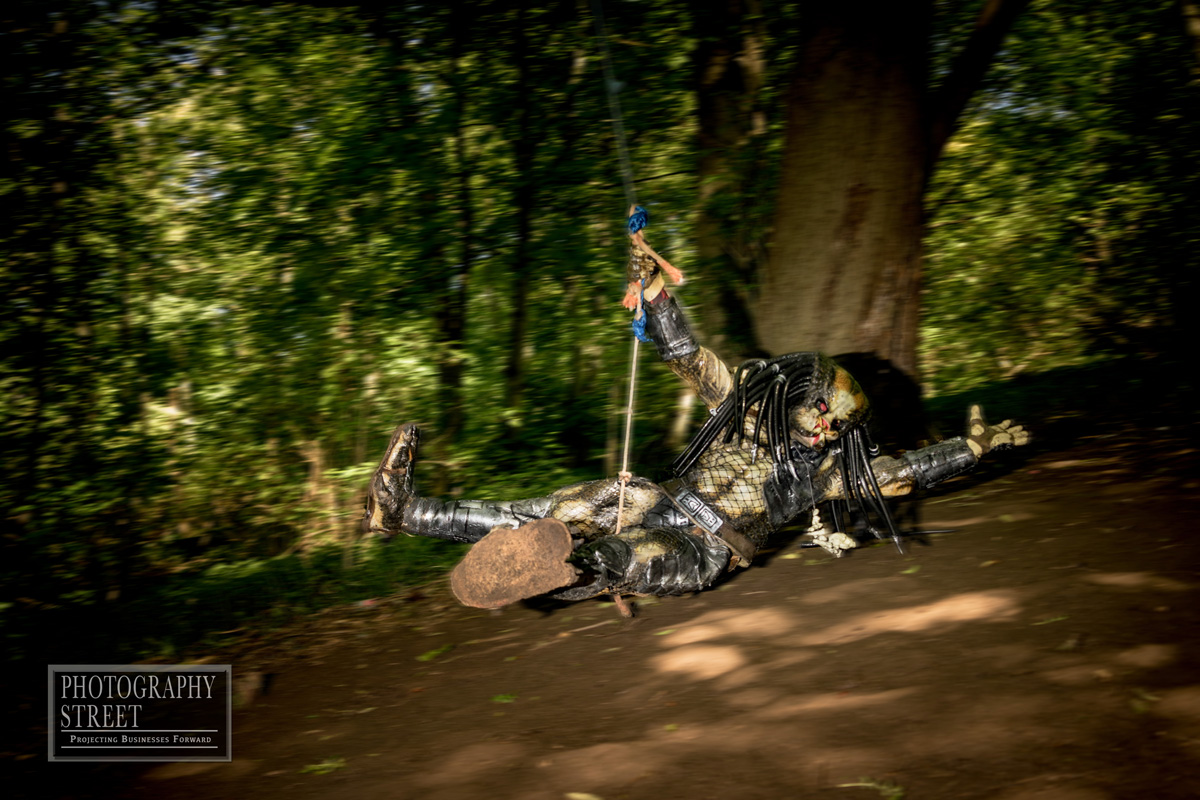 Do you perhaps, or someone you know, enjoy cosplay? If so, we’d love to help you achieve professional images to last you a lifetime!

You can view the Cosplay gallery here!