Fabulous music, fabulous entertainment, fabulous night with The Bootleg Beatles, live at The Baths Hall, Scunthorpe! There isn’t a back catalogue of music that compares with The Beatles; single after single, album after album, they produced a consistency of lyrics and melodies at their very best. The Beatles explored and conquered so many musical boundaries in the space of just seven years of recordings together and The Bootleg Beatles pay tribute to their music in fine style indeed that saw a very happy audience leave the theatre that evening. Even today, the “Sgt Pepper’s Lonely Hearts Club Band” is continually voted the greatest album of all time and it’s hard to believe that it was recorded on a four track recording tape unit! 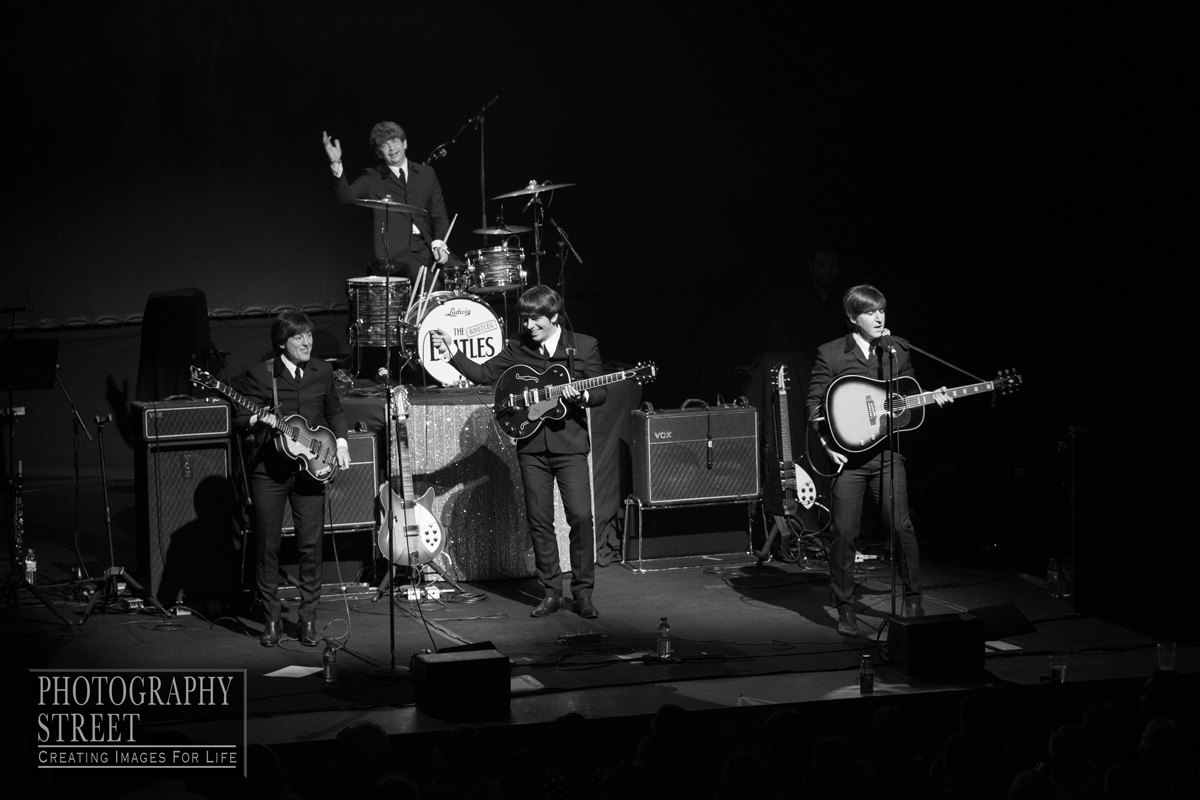 Captured and remembered in photographs by Photography Street. See more images in the Gallery.