Everton FC Demonstrates That With Talent and Hard Work Comes Opportunity, And With Opportunity Comes Confidence and Success!

Yesterday, Mason Holgate signed a new five year deal to stay at Everton FC, securing his services until 2025. This is a huge vote of confidence in a player who has developed, in different positions, to exhibit his talents on the biggest Premier League stages across England and make him one of the most sought after utility players in the league today.

Carlo Ancelotti stated, in definite terms, even prior to this contract renewal being finalised, that Mason Holgate would not be leaving Everton’s books despite having clubs such as Manchester City showing more than a passing interest.

Why this post then? Well, as a football fan, it is always interesting to witness the development of any professional and, also, because, I photographed Mason Holgate when he was first emerging into consideration for the Everton first team line up as a right back. 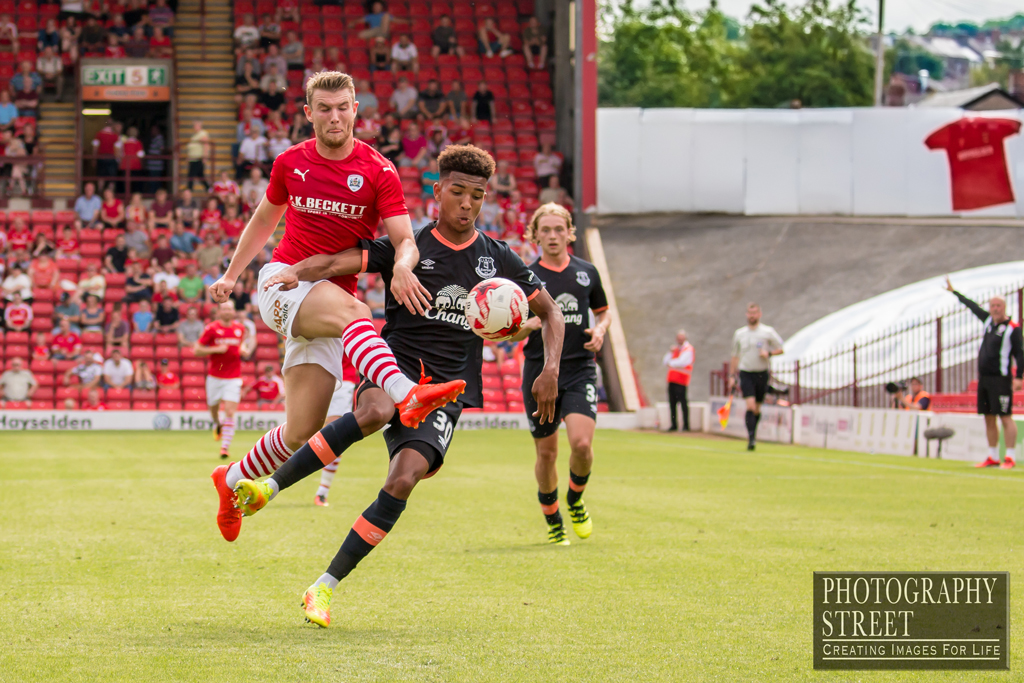 I had the pleasure of being invited to photograph Ronald Koeman’s first game in charge at Everton away at Barnsley FC for a pre-season friendly game. Mason Holgate is shielding the ball from the advances of the Barnsley forward, making sure the ball travels towards the sideline and away from the goal.

We would like to send our congratulations to Mason Holgate on achieving his new contract with Everton FC, and the Premier League will be better for your continued development and success. Who knows, we may see you playing for England in the Summer, or is that too soon? We like considered debate and we would welcome hearing your unbiased thoughts on a potential England call up and how far this young man can go in his career?

Other photographs from that day can be viewed here.